During my meditation that began in 2003, I came to the conclusion that the Indian Knowledge System (IKS) with its deep scientific and experiential basis was the best knowledge system in the world. As I read the Hindu scriptures, the epics, the Bhagwat Gita, the Vedas and Upanishads, my resolve became stronger to work towards making this knowledge system the “jagat guru”(predominant knowledge) of the globe. Learning and understanding the deep philosophy of yoga, ayurveda, astrology,dharma, moksha as well as usage of yantra, mantra and tantra strengthened my conviction. Can the Indian Knowledge System with its emphasis on science, research, subjective and objective analysis, depth of knowledge, an integrated world view replace the present Western civilization ethos, with its multiple limitations of superiority, exclusiveness and bullying?

I appreciated that Hinduism was a collection of different and distinct philosophical and intellectual point of views rather than a rigid set of belief. Integral to the Indian Knowledge System was the conflict resolving aspects of Hinduism and a world view that looked at all beings as part of one’s self. That appealed to my mind, especially in a world with strong, imposing sectarian views that has led to multiple wars, mass murders and bloodshed.

So, I resolved to work on the following three different aspects of the Indian Knowledge in  a phased manner

1.       Nation Building Aspect
2.       Propagating the scientific angle of the Indian Knowledge System
3.       Experimenting, validating some of the key understandings of this knowledge system as well as formulating its findings

For the Indian Knowledge System to become the dominant knowledge, it had to be successful and also seen to be successful. India was the only country that can be the laboratory of the Indian Knowledge System and therefore it had to be a flourishing country for this knowledge to be taken seriously in the world. But the present-day India, with so much poverty, injustice, deprivation and despair, was surely not an example to be worthy of being considered. India had to change and the transformation could only happen from the top. In a democracy, the top decision making was the governance structure. We have some of the finest people in the world, but poor governance is not able to do justice to Indians. We are a first class nation with a third class government.

Therefore, I got involved with nation building and became a part of the churning of the national consciousness. Realizing that small changes would be inadequate, I focused on major transformative events. In the Mahabharata, Bhima and Duryodhana kept on fighting for 15 days with no end in sight, till Sri Krishna showed a weak point or button in Duryodhana’s body to attack, leading to Bhima’s victory. My focus was on buttons of change and levers that could lead to transformative changes. Thus, I became one of the catalysts for the drafting and passing of the Right to Information Bill, the Nagar Raj or Swaraj Bill (a powerful decentralization law that has the potential to change the relationship between the ruler and the ruled) and in 2011, a part of the historical India Against Corruption movement and now, the Aam Aadmi Party(AAP). AAP is a political party created to change the system and rules of politics, a party built on participation, accountability, transparency, decentralization and integrity, a party that has the potency to either rebuild the governance structure or force other parties to do so.

I firmly believe that the churning in the governance has started and will result in major transformation activities. In this churning, there will be nectar coming out and poison too. My purpose of changing the status quo has truly started. That was my limited goal and I am glad that in the short time, it has begun to be fulfilled. Its time to move on to include other phases of my goals in my life. 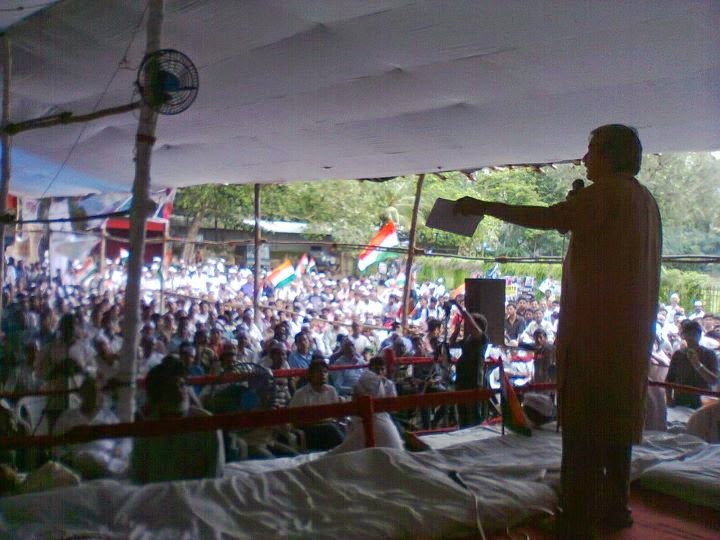 In an allegorical reference, someone wrote that 300 years back the mystics told the scientists to find the building blocks of nature (smallest particle that can be multiplied to explain creation). The scientists started going deeper and deeper from the molecule to the atom to the sub-atom to hadrons, mesons, baryons, nucleons etc. It was Heisenberg’s theory of uncertainty and further experiments of quantum physics that made them understand that every particle in nature is connected to each other. The scientists bowed their head to the vedic world view of “vasudeva kutumbikam” (everything is part of the family).

So, after 300 years of the attempts of the scientists, it is probably time for mystics to explain the comprehensive Indian Knowledge System using the language of science. I intend to attempt the same in these blogs as well as other writings and lectures.

A woman’s body has the potential to become pregnant. Similarly, the human body has the hidden potential to awaken its energies in a manner that the energy flows from the base of the spine towards the brain, awakening and activating neural nerves, thereby increasing intelligence and sensitivities. This is called Kundalini awakening. This knowledge needs to be validated and experimented. Also, the relationship between consciousness and energy needs to be formulated and disseminated. This requires a great deal of experimenting and meditation. 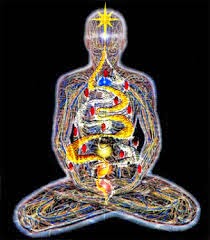 From 2003 to the beginning of 2011, I was able to balance all the three activities – nation building, scientific synergy and experimenting. But once the India against Corruption movement and subsequently, the Aam Aadmi Party started, my spiritual activities took a back seat. The mindset needed for nation building activity was rajasik (activity and passion oriented), while for spiritual growth, one needed a sattvik (reflection, meditation, time and space) mindset. I used to joke that in spiritual pursuit, one achieved peace of mind, while in nation building activity, one’s mind would be in pieces.

I found it more and more difficult to balance both the mindsets – the sattvik and the rajasik. By August 2012, I had to abandon the sattvik lifestyle. No meditation, no reading, no reflection. Just fire-fighting, strategizing, agitating and building the organization. But, all the time, my heart was yearning for the peaceful, fulfilling and evolutionary life that I had left behind.

Now that the nation building churning is on its way, I also need to activate my sattvik aspect. So, I intend to start ruminating, reflecting and seeking more clarity and depth with a view to link the vedic world view with the scientific one. I shall endeavor to balance my sattvik and rajasik aspects. I might need to take a slightly back seat in the nation building activity that has already taken a life of its own, to attempt something that is more important to me? While I reflect on the scientific angle of Hindu notion, can I redefine Hinduism to mean a deep, scientific, conflict-resolving philosophy rather than the militant, me-vs-you Hinduism on display?

Sri Aurobindo was a leader and guide in the freedom struggle for some time.  But he was getting more and more involved in the spiritual practices. In 1921, he was again and again pressed by the leaders of the Indian National Congress to return to the country and guide the country. However, he declined repeatedly saying that he no more believed in the human methods of the day, but was in search of an unfailing Divine Power which could be man’s if only he developed himself into the necessary consciousness to wield it.

I used to write blog posts on spiritual subjects from January 14th 2010 till August 7th 2012 on www.mayankgandhi04.blogspot.in. These blogs were quite popular and I received suggestions to convert these writings into a book. But, I was not convinced. I thought that my writing and understanding was quiet amateurish and superficial.

But now I want to give it a good shot. I intend to start blogging regularly again. My subject will be LEELA - the Game of Life.


I seek your feedback, so that I can improve my writing skills and understanding. And maybe fructify these blog writings into a book. The blogs will appear in www.mayankgandhi06.blogspot.com soon.
Posted by mayank gandhi at 11:27 PM 25 comments: